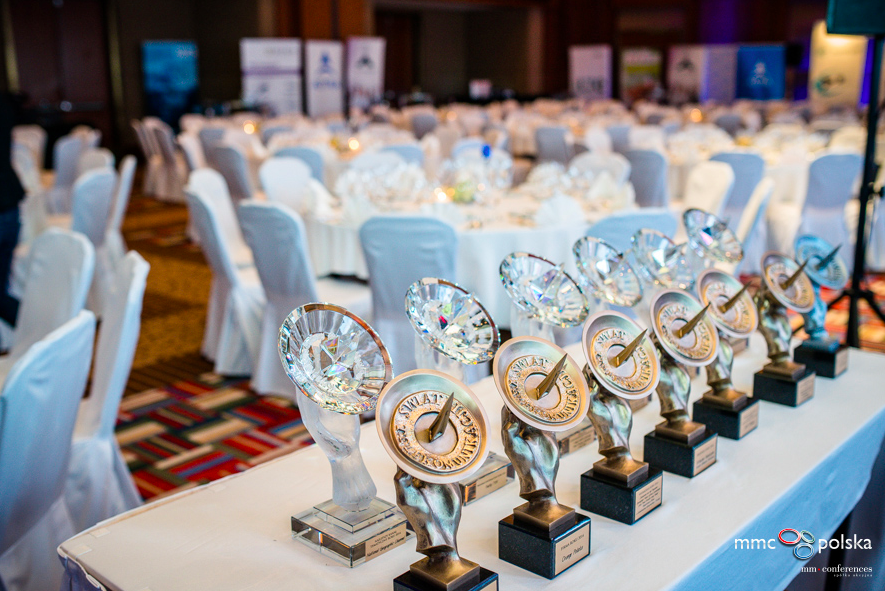 The Golden Antenna for Product of the year 2014 – Virtual Warsaw, the world’s first Beacon-based urban navigation system. The jurors appreciated its innovation role in helping visually impaired and people who are not familiar with the city to get around in the public spaces.

The Jury consists of an independent experts of the media market, including winners of previous editions. Their role is to distinguish especially innovative solutions in the telecommunication.

The award was presented on the 25th of March during the 17th Grand Gala of Gold and Crystal Antennas, which is a final event of the Telecommunications World Symposium. In the event participated representatives of the central public administration, regulatory and top management of telecommunications and media sectors. The inauguration was held by Janusz Piechociński, Vice Prime Minister and Minister of Economy.

The Golden Antenna is the second award for Virtual Warsaw. In September 2014, the project placed as a finalist at the Bloomberg Mayors Challenge.

Virtual Warsaw project was initiated  and is realized by Warsaw Municipality. Ifinity Sp. z o.o. was selected as technology provider and mobile app designer for pilot’s phase of the project. As a recognition for city’s attempts to provide beacons based micro-navigation platform for visually impaired people, Warsaw has received  a main prize in Mayors Challenge, organised by Bloomberg Philanthropies Foundation. The prize was accepted by Warsaw’s Major – Hanna Gronkiewicz-Waltz.

Photo by courtesy of MM Conferences S. A.